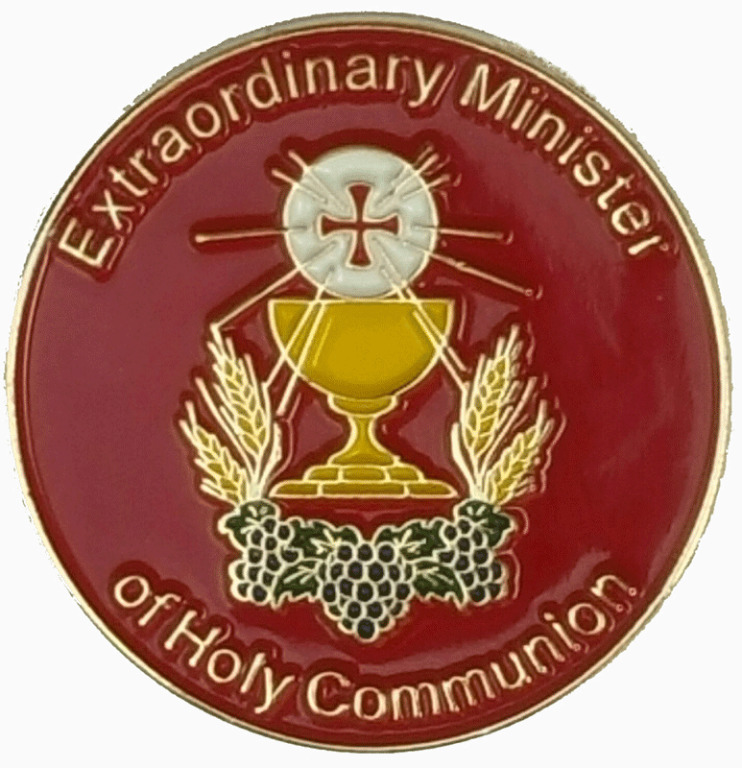 "Extraordinary Ministers of Holy Communion" is the formal title of laypeople who distribute the Eucharist during Mass.

As the title implies, there are also "ordinary ministers" - those who are literally "ordained" to the ministry namely bishops, priests, and deacons.

These ministers are usually the first in order to distribute the Body and Blood of Christ, the deacon being the customary distributor of the cup.

In most places, especially when Communion is offered under the forms of both bread and wine, there are rarely enough "ordinary" ministers for the timely distribution of Communion.

Through the local diocese and often at the parish level, Communion ministers receive spiritual, theological, and practical preparation to fulfill their role with knowledge and reverence.

Such preparation addresses appropriate attire, demeanor, and the manner in which to handle the consecrated bread and wine.